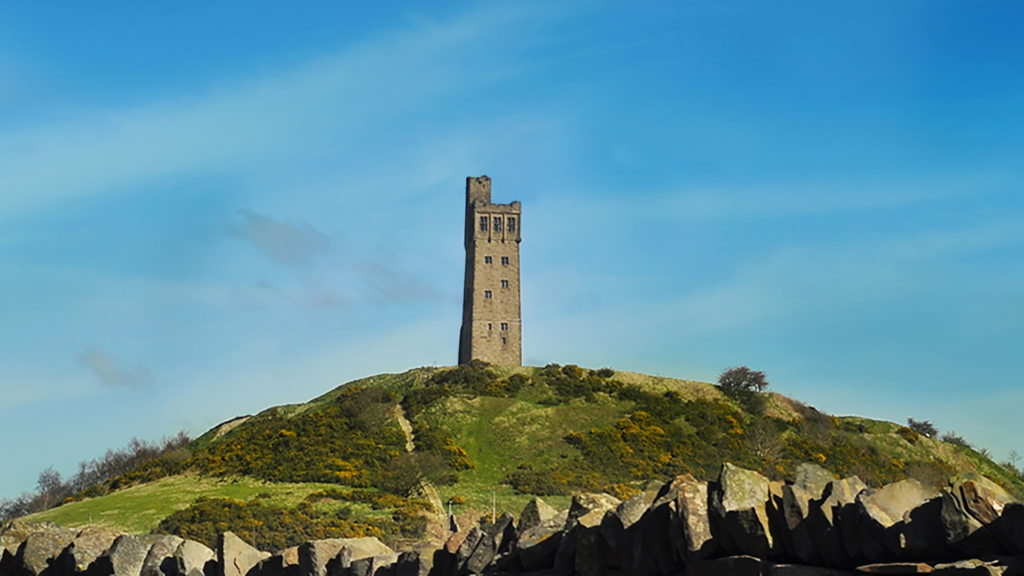 The station was reopened in 1989 as a single platform with shelter off Birch Road. The village lies east of the Holme Valley and underwent substantial changes in the 1960s when rows of hillside houses were demolished to create ‘the village of the future’, consisting of two 17-storey blocks of flats on the valley floor, and two six-storey blocks at the top of the hill, together with rows of square-shaped bungalows. The village has a rocky outcrop, now largely hidden by trees, at Deadmanstone. Talk a walk of less than 2 miles to Castle Hill & Victoria Tower.

The hill is an ancient monument including the earthwork remains of a hill fort dating from at least the early iron age and a motte and bailey castle of the 12th century. From Berry Brow station take a 10-minute walk to Brooke’s Mill and visit both North Light Gallery and sample cuisine at Sons of the North.