Stunning countryside with woodlands, heritage and historic architecture, landscapes with far-reaching views, await discovery on the doorstep of the Penistone Line.

We are lucky to have dedicated, passionate Guided Walks leaders, who provide a walks programme from stations along the Penistone Line. They have a wealth of experience and knowledge of the wonderful countryside around the Penistone Line.

We will publish the guided walks programme in our events calendar which will give information on the trail and difficulty, length, meeting arrangements, and train times. 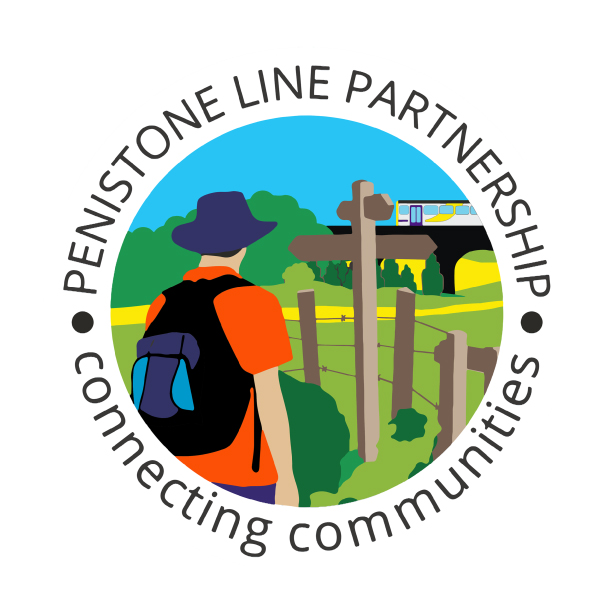 Denby Dale Walkers are Welcome have collaborated with local organisations to produce an ever-growing number of walks and trails to enjoy, which are accessible from the Penistone Line. We have installed their self-guided walks map at all the stations where a walking trail has been designed.

There are over 20 trails for all abilities that are accessible from the train stations along the line between Berry Brow and Dodworth.

Click the map below to visit Denby Dale Walkers are Welcome website where you can download or view each self-guided walk from the train and discover what our beautiful region has to offer. 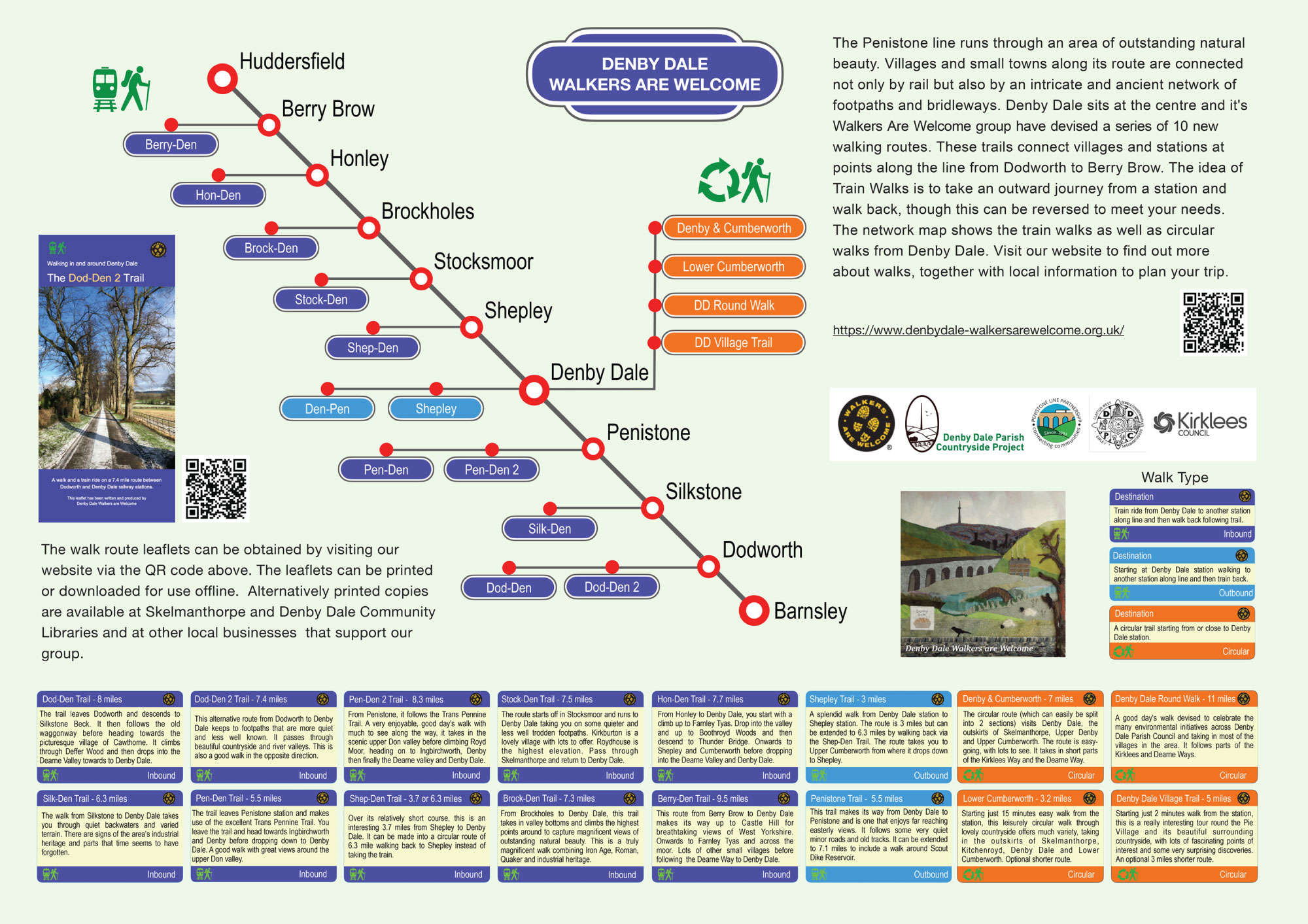 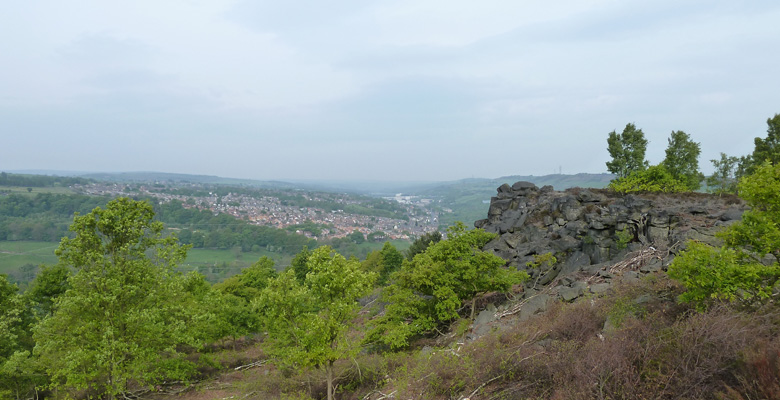 Walking in the Stocksbridge area

Stocksbridge Walkers are Welcome Group have at least 69 walks for all abilities. Walking between Stocksbridge and Penistone is aproximately 4.5 miles.

Head over to their website to discover the walks and trails on offer around the Stocksbridge area at stocksbridge-walkers.org.uk

At Berry Brow and Brockholes station, Penistone Line Partnership has installed mindful walk trails from the train. A project including poetry, photography, and mindful walking with S2R Support to Recovery. An independent mental health and wellbeing charity. The walks were developed by people accessing services at S2R. 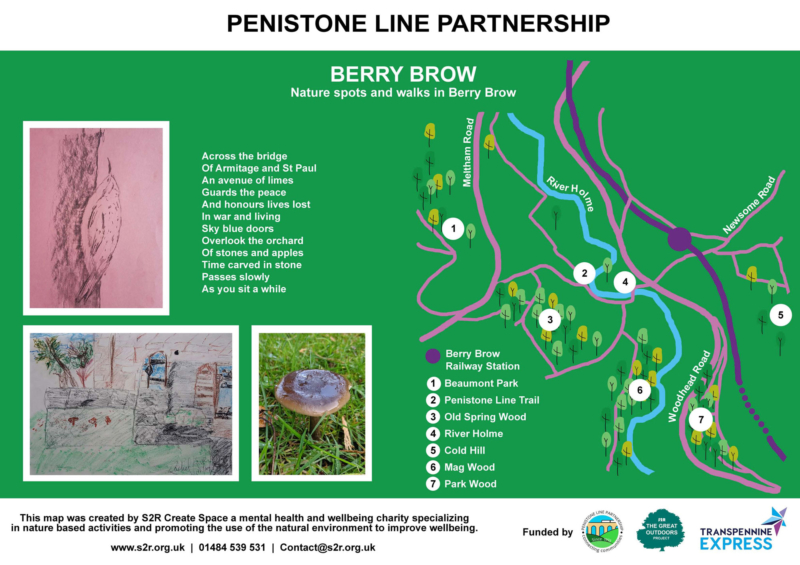 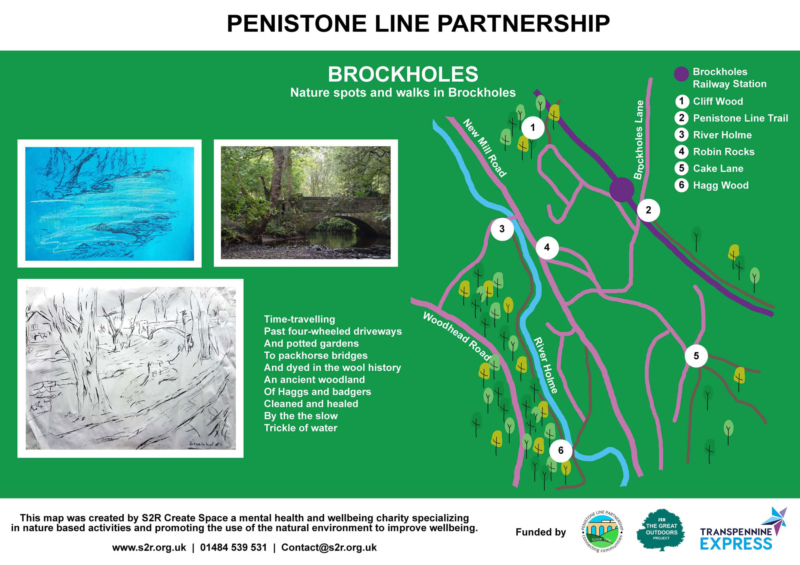 Here are links to further walking and cycling trails near the Penistone Line. We welcome your suggestions for your favourite self-guided walks, so please send walks details to us at info@penline.co.uk. 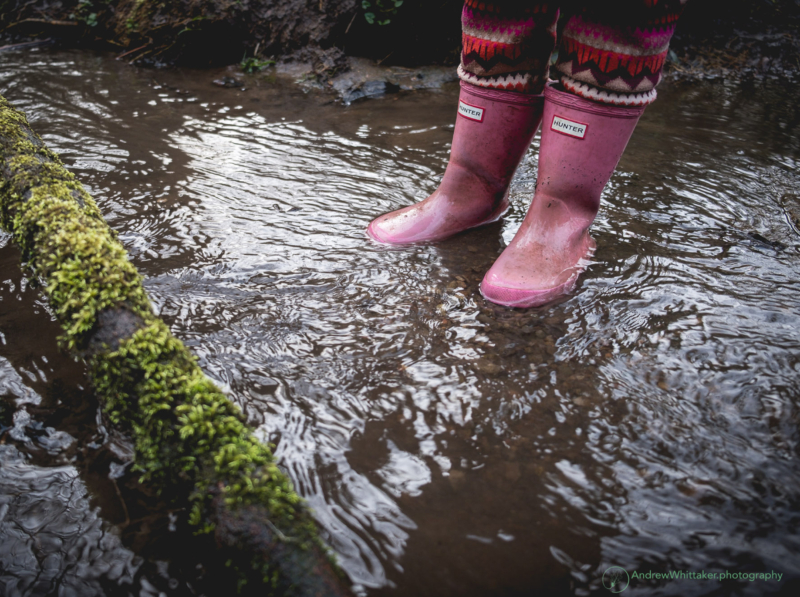 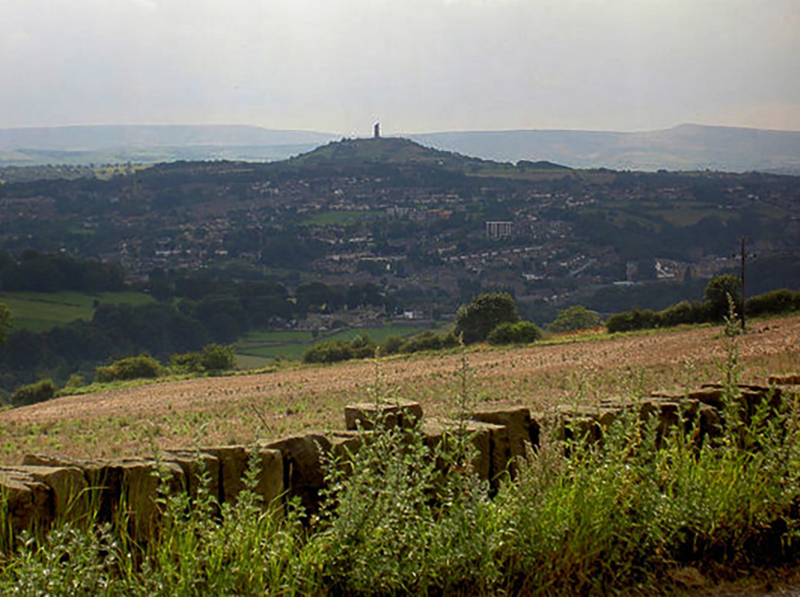 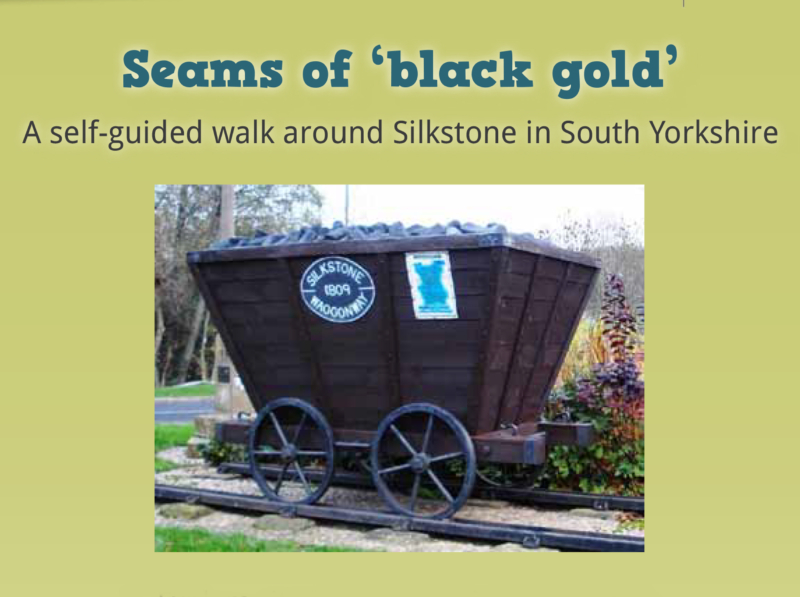 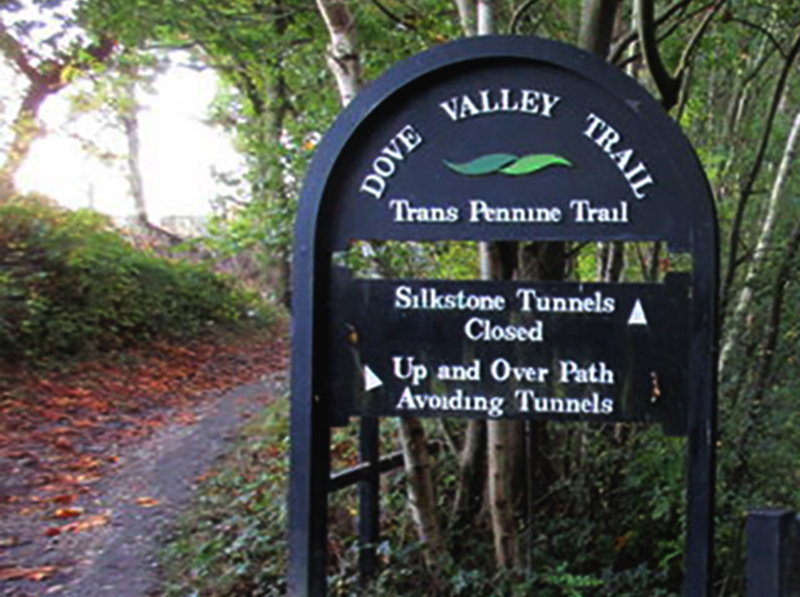 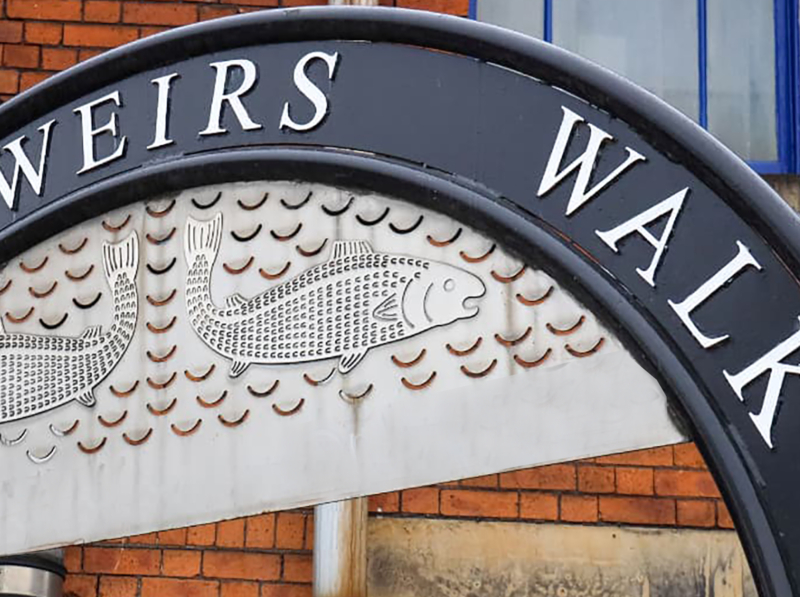 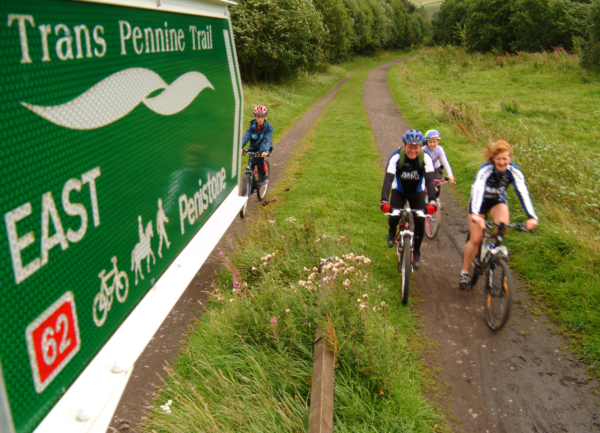 The Trans Pennine Trail caters for walkers, cyclists and horse riders and links the North and Irish seas. It forms part of the European walking route E8 and is part of the National Cycle Network as Route 62.

The trail is accessible for cyclists via Stocksmoor railway station from Station Road and then Shepley Road on Cyclist route 627.

From Shepley railway station for cyclists on Cyclist route 627 to Mill House Green and then east on the Trans Pennine Trail to Penistone.

There is nearby access to the Trans Pennine Trail from the following Penistone Line stations in South Yorkshire. Penistone, Silkstone Common, Barnsley, Wombwell, Elsecar, Chapeltown via Charlton Brook, Meadowhall, Sheffield (via Manor Lane a 1.5 mile walk).